I love nothing more than a deep belly laugh and I realise that I am very lucky that laughter and humour comes naturally  to me, well most of the time although Laughter Yoga has helped me to learn to laugh more freely in the face of adversity.

So why laughter yoga or a laughter workshop ? That is a good question and interestingly enough, initially I did not get it at all. As someone who laughs a lot I found it rather strange that people would need to force laughter when they could laugh freely but laughter is infectious so let it out, forced or real and it soon becomes hearty and real 🙂

Without a doubt laughter yoga is fun, social and a great way to meet people and make new friends. Not everyone can laugh freely and we often do not have enough opportunities for spontaneous laughter in our busy lives. I have just today received an email from a guy who came along to laughter club asking when the next one is, he enjoyed it so much and he realised that he needs more laughter in his life. Sometimes we just take life too seriously and forget to laugh, or even how to laugh. This is why Laughter Clubs are so important and the reason why many Laughter Leaders offer community laughter clubs.

Laughter Clubs provide an opportunity to bring laughter in to your life without leaving it to chance.

The other amazing thing about laughter is how quickly it bonds a group together, a great team building tool and of course the social element. Some amazing bonds and friendships have formed in my own laughter club.

So what is the difference between spontaneous laughter and the sort of laughter you will get in one of our workshops.  There is a big difference in the fact that in an average laughter session you will most likely laugh for around 10-15 minutes where as general day to day spontaneous laughter, tends to be for a fraction of that, at around 5 seconds. You are also leaving laughter to chance, you may or may not come across something funny.

I recently had someone come along to my laughter club who suffers from bipolar disorder (aka manic depression). She contacted me the next day to tell me how much the laughter yoga had helped her to “release the demons”, as she put it. Laughter Yoga and Laughter Workshops are very effective for helping people with depression, anxiety and so much more, simple yet effective and a wonderful way to release and re-energise. On that note, I should add that there are some contraindications as with any form of exercise.  People suffering from minor and major psychiatric disorders can participate in a laughter session except those who are not in touch with reality e.g. schizophrenia, Hyper mania (manic part of bipolar depression)  sometimes known as bipolar II. Even a short Laughter Yoga session can make so much difference, in particular in the workplace where stress is a huge issue causing illness and absenteeism.

I work with a several holistic tools in my Stressbusting Laughter Workshops. A combination of all or some of them, Natural Laughter Skills, Laughter Yoga, Gibberish and Sound Meditation. 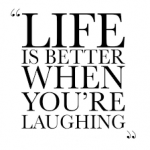 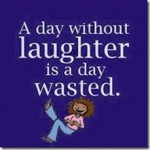 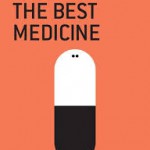 As a recent Laughter Yoga Leader graduate, I was invited by my mentor Lotte from United Mind to participate in a laughter yoga session she was facilitating for Macmillan nurses and cancer patients at the Whittington Hospital in London.

This was part of the final offering of the day at the Macmillan cancer conference run by Macmillan Cancer Support at the Whittington. 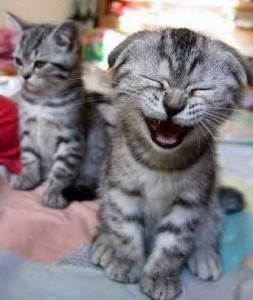 Wow!! Wow!! Such an incredible afternoon. It was a real honour to witness what I can only call “laughter medicine”  in action and where it is so needed. A truly incredible experience and to see so many people taken away from their worries and illness for that moment was wonderful. This is powerful stuff!!!

My highlight was at the end when one lady literally could not stop laughing. I am so thankful I have added laughter to my holistic toolbox, it feel so right and I can’t wait to get started and add some Gong!. The session ends in a grounding meditation so it will be like a perfectly fitting glove to end in a gong bath meditation.

I will soon be taking bookings for Laughter Gong Workshops tailored to suit and benefit both Corporate and NHS well-being clients.

For private groups, we can visit you or hire a suitable venue in an area of your choice.

So less scary than I thought

energised , smile on my face, grounded, nice warm feeling in my body

It was awesome. Made my day.

Thanks so much for a wonderful workshop tonight. Everyone had such a blast: a great natural high for the soul! ?

An invaluable happiness tool. I started laughter yoga about a year ago and have been a strict devotee since then. Every session brings me much joy and lifts my spirits by allowing me to laugh and play and regress back to childhood silliness. I have bipolar and have found laughter yoga a fabulous tool to lift my spirits when I’m feeling really down. Even when I feel fine, laughter yoga lifts you up and brings peace and calmness of mind. Odette is a fabulous leader whose laughter and j… END_OF_DOCUMENT_TOKEN_TO_BE_REPLACED

Thank you, Odette and Suz for coming along to our very special Wellbeing Day and doing such an amazing and heart felt workshop. It was such a joy to have your amazing energies with us and thanks for passing it on!

Amazing how you can’t help but take part 🙂 !